For a long time, I rejected my roots.

I come from a family of immigrants. 23andMe says I’m 99% Chinese — the last 1% could be anything.

My family owns the longest-running Chinese medicine and herb store in San Francisco Chinatown. It turns 50 this year.

When I was young, the eight extended family members who lived with me would gather around the living room after dinner. We'd turn on the latest Chinese soap opera — my favorites were the martial arts shows — and begin our at-home assembly line.

I'd scoop sixty pills from a big bag and pour them into a plastic bottle. My brother would shove cotton balls into the bottles and snap on lids, careful not to break the tamper-proof plastic rings.

My grandma would fold instruction sheets into thirds, wrap the sheets around the bottles, and put them into individual cartons that my mom folded from printed card stock. Folding the instruction sheets was my least favorite activity — my fingers would feel dry, itchy, and in desperate need of lotion afterwards.

My dad's godmother would pack ten cartons into a bigger box and stick on the official golden seal that finalized the product for sale at the family store.

We did this every night and many weekends. I'd rotate through the different stations and make a quarter for every box I completed on my own. On a good day, I'd make $5.

I never learned to ride a bike growing up. I rarely played in parks. And I went over to a friend's house once.

I realize my childhood is different from most people's.

Growing up, I longed for more play time and the freedom to do what I wanted.

The further away I could get from Chinatown and the life that my family lived, I thought, the freer I'd become.

Only decades later would I learn the real truth:

True freedom comes from owning my roots, not running away from them.

Breaking Free of My Chinatown Roots

Whenever people asked whether I'd carry on my family's store, I'd scrunch my face — as if the idea were ridiculous.

Chinatown represented the place where my parents worked 364 days a year to put food on the table — Chinese New Year was the one day they'd take off.

And I wanted out so I didn't have to live the same life. My parents wanted the same.

I remember one day as a teenager, walking with my mom to the store, and talking about how freeing it would feel for me to go to a great college and make a six-figure salary some day.

I hit that mark just one year after graduating from MIT, working as an engineer at Google.

I yearned for more freedom, and so for several years afterwards, I worked 60-80-hour weeks at Silicon Valley startups. I thought that if I worked hard like my parents and grandparents before me, I could win the startup lottery and achieve financial freedom.

I did eventually reach that goal much later, but I burnt myself out, twice, along the way.

I decided to reject entirely the "hard work is the key to success" mantra that I inherited from my family. In fact, I rejected hard work so much that I even wrote and self-published a book teaching people how to effectively work less to get more done.

I wanted to distance myself from the place my family had called home so I could feel more free. So I traveled all over the world, making new friends and searching for a new sense of home. In the past three years alone, I've been to 23 countries.

I kept wanting something more, thinking that what I was seeking for was out there somewhere.

And then something shifted.

Discovering What I Had Rejected

Last year, right before my wife and I embarked on our first year of nomadic travel, I visited my grandma Po Po in San Francisco for the first time in many years.

She’d been sick with lung and bone marrow cancer, making her bones brittle. When I came to her house, I noticed her bed had been moved to the ground floor living room so that she wouldn’t need to risk the stairs.

Despite undergoing many rounds of chemotherapy, she seemed surprisingly vibrant and energized.

Historically, I hadn't been very curious with her. But that day, sitting next to her on the couch, my wife encouraged me to take the conversation deeper, and I made a new decision.

I didn’t know how many more times I’d get to see her, and I wanted to learn more about my family history.

“What was it like for you growing up in China?” I asked in Cantonese.

We talked for hours — the longest we’d ever had a conversation — her sharing stories, me asking questions. I wondered why it took me 38 years to ask.

I felt surprised to learn that her family used to be extremely wealthy, owning multiple properties and factories, the first foreign cinema in the province, and jewelry worth entire buildings. But everything except their home got taken away by the Chinese government during the Communist Revolution.

I learned that she was a great gatherer of people. Friends of all social classes used to gather for dinners and celebrations at her house. And even when food was strictly rationed by the government, it was rarely scarce for her family — friends would bring livestock and seafood to share their freshest food with her. I could start to see where my love of gathering people came from.

I learned that she was an epic adventurer in her time. Once, she was struggling to buy a plane ticket from a travel agent. Her friend heard of her plight and through some series of government connections, secured a private Boeing 727 for my grandma's party of 9. What?!?

And then even after coming to the United States, speaking very little English, Po Po would fly around by herself, and make her way around with a Chinese-English dictionary in hand. What a bad-ass.

After I left her house, I broke into tears in the car, as I realized just how much of Po Po I saw in myself.

I’d generally thought of my parents as homebodies with small social circles, and that the one in me who wanted adventure and deep human connection didn’t belong.

In that moment, I realized I didn't have to break away from my family roots to be my fullest self. There’s adventurer blood in my veins and a super connector in my lineage.

The adventurer and human connector in me not only belonged, but was rooted in my ancestry.

And when I took an honest look at myself, I realized that the roots I thought I had been running away from were actually taking me back home. I could get away from them was as much as I could climb out of my own skin.

And so a new journey began, one where I'm learning to re-accept the parts of myself that I once rejected.

So what are my roots?

Like a rubber band, sometimes we need to reject parts of ourselves sufficiently before we can bounce back and learn to accept them more.

It can be easy to live life running away from what made us who we are, wanting our lives to be different.

But until we accept our roots, we won't truly feel like we belong in the world.

Our roots tell us important information about who we are and what we're here to do. And the roots that we reject just point to the parts of ourselves that we need to learn to accept, if we’re to feel whole.

I may not be taking over my family’s herb store, but I can feel myself slowly returning home.

Thank you to Chris Wong, Anthony Lepore, Candace Sauve, and Freida Zavurov for their feedback on early drafts of this piece.

Making Your Way Toward More Acceptance and Inner Peace 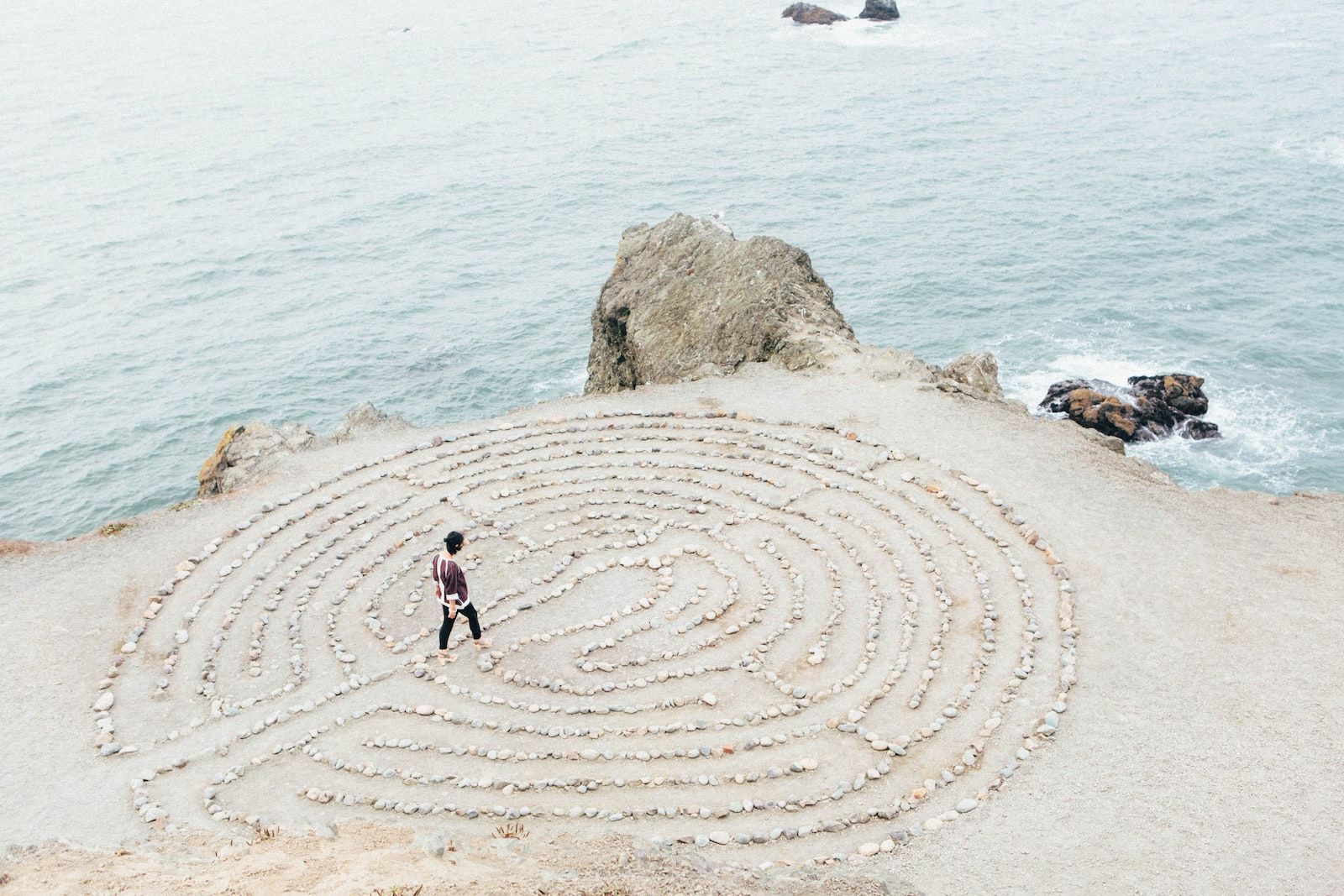 Enjoyed this story? Get new stories in your inbox.

We won't send you spam. Unsubscribe at any time.